The practice of community building is one that creates a sense of place through the joint action of citizens who work together with a common interest.  Community is all about the people and a healthy community is socially connected.

The ongoing commitment to build community through joint action is a credit to the small community library, which is the star of this story.

In Part 1, this story showcased how a small library was fostering strong community connections to support young families with children transition to formal schooling.

After identifying and assessing the needs of parents with young children, members of the library committee engaged in some collaborative discussions with the local kindergarten and primary school to develop some educational workshops for parents.

A model of partnership

The aim of the workshops was to help parents of young children to transition to formal schooling.

With all the planning and collaboration under their belt, the library volunteers were unsuccessful in their application to apply for funding to hold the workshops. It was an unexpected hurdle, which delayed their plans.

With excitement and trepidation, in 2015 the library volunteers launched a 10-week Early Childhood Program for parents in the community. This was a bold step for the volunteers to plan and deliver such needed parental workshops within their community. The volunteers joined with teachers, allied health therapists and other community members to deliver school readiness workshops.

Initially only two young women and their children attended the library’s first workshops.  Seeing the value of the workshops, these young mothers suggested they would develop an advertising campaign that would better explain the purpose of the workshops. It was to their credit that their efforts to promote the workshops proved to be successful and the number of participants quickly grew.

As the workshops continued, more young parents began attending and by the end of the 10 weeks, 17 mothers and their children had participated. For these new parents, who were unfamiliar with more formal school environments, the library provided an ideal relaxed and welcoming setting for parents and children to gather, connect and learn. 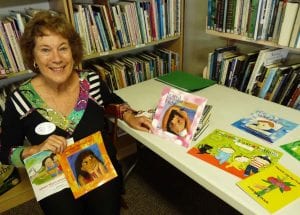 Thumbs up from school principal

Feedback from all stakeholders gathered at the end of 2015 indicated that the workshops had made a discernible difference for the families who attended.

What a journey for the volunteers of this library!

Part 3 next week: Thousands of dollars were saved thanks to the dedication of the community members who contributed their time and expertise to deliver the workshops.