“Why hadn’t we thought of this before?”- The Gift of Collaboration Springs up in the Heart of a Small Community Town. Written by Natalie Alexander as told by a member of the community 14/11/14

Helen Keller once said: “Alone we can do so little; together we can do so much.”  Her words have rung true in the heart of a small regional town in Queensland where small efforts at community collaboration have brought a diverse group of people together to invest in the lives of local families.

This story is situated in a small, humble community library that relies solely on the commitment of a more ‘mature-aged’ group of dedicated volunteers.  The town’s library is an important focus within the community; it aims to provide a safe and friendly environment, where people of all ages can meet, attend a class or borrow books.  It is true, that libraries hold a special place within their communities; they provide a place where people can come together and find more than books.

As Robert Putnam puts it:  “People may go to the library looking mainly for information, but they find each other there .”

This story of community collaboration begins in a small town, when students who were graduating from Year 7 of the local primary school, visited the local town library. Students were invited to visit the library, to have a small celebration with pizza and encouraged to browse the library collection. This provided the students with a valuable insight into how they may use the library facilities especially when they enroll in their local high schools.  After such a positive visit by the students, the library volunteers were prompted to enquire how they might intentionally engage other student groups within the library. Such initiative and enthusiasm demonstrated by the library volunteers reflects the sense of ‘community spirit’ at the core of this small township.

The locals are known for their commitment to building community.  As one such community member expressed: “If a need is identified, people here know that if they do the work then they can meet the need.”

After some discussions amongst library volunteers, an idea was raised proposing how the library may support younger families in the town, particularly those with young children transitioning to school.  They had already observed the small contribution they had made to support the transition of students moving to high school, by opening up the library facilities to these students.  Their attention was then turned to the local kindergarten. Whenever children are transitioning, the library understood that this time could be difficult and wanted to provide local support and resources.  They were keen to support the transition process for children who were leaving Kindy to commence Prep in 2015.  The emphasis was on making the transition process as smooth as possible to compulsory education, for both parents and children.

With the library’s support, a volunteer began to take small steps in the collaboration process by approaching both the local kindergarten and the primary school to firstly, identify the needs of the young families in the community, and secondly, determine how the library could address these needs. Open discussions were held with both the Kindy teacher and the school Principal; both conversations were warmly received.  The needs of families were explored and as ideas began to flow, the enthusiasm generated was palpable.

It seemed that both the kindy teacher and the Principal were thinking: “Why hadn’t we ever thought of this?!”

It was also agreed that this initiative could benefit from the support of a ‘family outreach program’ which was provided through a nearby community center.  The ‘family program’ had an outreach service which aimed to assist families in the challenging but rewarding role of parenting.

The staff members at the community center were very keen to partner up in this joint venture as they had been looking for an opportunity to get involved in the town.

As the transition program began to take shape, it was decided that the library would host a series of workshops for parents; covering areas such as numeracy, literacy and social skills.  The location of these workshops was an important factor.  The library believed that as a community organization, they were able to provide a supportive and comforting environment for parents and children. 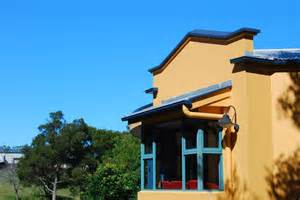 The library provided families with a place which was away from the formalized educational institutions.  The library was an open and friendly space.   The design of the workshops would take place collaboratively between the school, the Kindy, the family program and also with a local Occupational Therapist.

Hosting the workshops in the library also had added benefits, as the library was considered to be an ‘under-utilized’ resource within the community.  By hosting these workshops, this opportunity would encourage younger members of the community to be part of the library, whereas the library had usually attracted ‘older folk’, indicative of the retiring population.  The delivery of the proposed workshop also meant that resources would be purchased, thus adding to the library’s richer collection of books and resources.

Furthermore, it was believed that as young families entered the library on a regular basis, there would be precious opportunities for connections.  As is often the case in small regional towns, families may lack the support of an extended family network.  The library was hoping to encourage younger women to connect with older women in the library and gain support for parenting through forming friendships and relationships. It was anticipated that the proposed workshops would be promoted through local newspapers, newsletters, posters on community notice boards and web sites of the participating organizations.

However, although the wheels were in motion and the collaboration gained momentum, an unexpected knock-back to a funding application quickly put the brakes on this project. Was the unsuccessful funding an end to the enthusiasm, passion and commitment of this community collaboration?  The resounding answer was ‘no.’ All stakeholders were still on the ‘same page’ and willing to try other avenues for funding.  Although there was some disappointment that the project would be delayed, the positive aspect was that the creative thinking around this initiative had been done.  It would simply be a matter of seeking new funding avenues and not losing hope in the early days of this initiative.

As expressed by a volunteer: “there’s always an opportunity to keep going when the planning has been solidified.” The most pleasing outcome from the collaborative project was that everyone wanted to get involved.  Perhaps this is intrinsically related to the strong community spirit within the township, and also due to the willingness of individuals to engage in creative planning together.

This story has by no means ended; it’s just paused for the time being.  In the meantime, the small town library continues to fly the flag of community collaboration.